Three Generations of VOA History: A Successful Mission of Healthcare and Spiritual Influence

Established in the early 1990s with a mission of uplifting religious workers, October has been designated as Pastor (Clergy) Appreciation Month. Within Clergy Appreciation Month, the second Sunday of October is celebrated annually as Pastor Appreciation Day and recognizes the contributions of priests, pastors, reverends, and ministers in the United States. This is a day for the faithful to celebrate nationally by showing gratitude to our pastors and staff members. In recognition of Pastor Appreciation Month, we decided to take a walk down memory lane with Pastor Dick Hafer, a founding member of Gulf Coast Village and feature how he’s influenced his family to utilize their gifts at Volunteers of America. 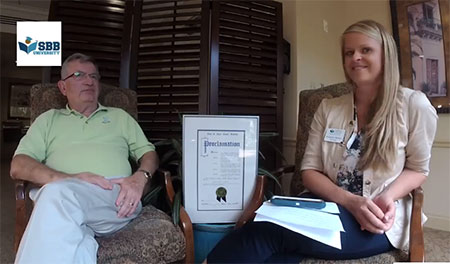 Pastor Dick Hafer recently sat down with the Seniors Blue Book Lee/Collier to describe how he was inspired to become a pastor (even at the age of 5) because of his experience and encouragement with other pastors in his life. He was then led to focus on older adult ministries. Click here to watch the video.

Knowing it would be one of the first of its kind, Pastor Dick Hafer was interested in building a senior living community in the Southwest Florida (SWFL) area. Pastor Hafer partnered with Volunteers of America over 30 years ago and together became the founding members of the Gulf Coast Village in Cape Coral, Florida. From that, the only Continuing Care Retirement Community (CCRC) in Cape Coral and one of the first in the SWFL areas began to develop, offering a full continuum of housing types. With a mission to offer care for an individual at any time throughout their journey, the partnership between a pastor with an idea and a group willing to make the investment and commitment to help anyone in need, was born. 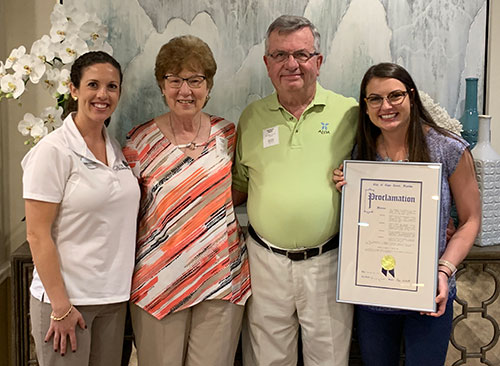 Since then, this community has been a pioneer for quality senior living options in SWFL and continues to be one sought after by many potential residents. The Preserve uses the success of Gulf Coast Village, our sister community, as a model for what we plan to accomplish in terms of healthcare goals and spiritual influence, as well as countless other attributes. Gulf Coast Village has a spiritual program that has grown over the last two decades including a “village chapel” with multiple members on their in-house clergy team. Tom Hafer, second generation associate of Volunteers of America and son of Dick Hafer, launched Gulf Coast Village’s spiritual program by combining the thought of “caring for ourselves to better care for others”. The spiritual program is now lead by Bob Inkenbrandt, a former Veteran with a servant heart and calling for providing pastoral care to seniors at Gulf Coast Village. When asked, “What is your favorite part about living in this community?” many times residents answer with “The Sunday Service” or “The Sense of Community”. That is a testament to those who have worked on developing and growing this program and others similar to it on campus. 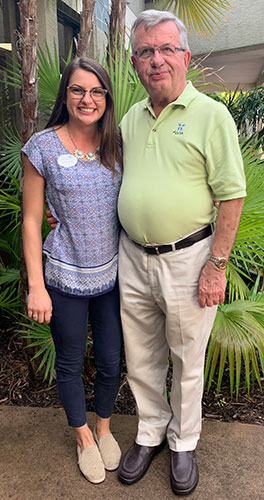 The Preserve plans to learn from the success of The Village Chapel by creating a community within our community. The basis of our Life Enrichment program is the QUILT philosophy. This acronym stands for Quality in Living Today, which identifies six aspects of a person’s overall wellness to focus on in our Life Enrichment Program. The six components to this program are intellectual, occupational, physical, social, emotional, and spiritual. Our spiritual components will be inspired by the success at Gulf Coast Village. Our Life Enrichment Director, Rachel Hafer, third-generation associate of Volunteers of America and granddaughter of Dick Hafer, plans to incorporate spiritual aspects into life enrichment plans on campus while working alongside spiritual leaders who collaborate with The Preserve team, in the future. She has witnessed firsthand from her grandfather and father, what it is like to be a part of a mission like Volunteers of America. Three generations with VOA history are a testament to the successful mission of this organization, and shows that many want to be part of it.